Let's talk politics for just a moment, shall we?

I saw this post over at Pete's place, and loved it. My knee jerk reaction was to agree 100%. EVERYONE has a right to let their hair down, vent a bit.

But then I started to really think about it all. And realized it's very similar to some of the crap I'm dealing with right now.

It all boils down to one thing. Everyone bitches. EVERYONE. No one can honestly say they haven't unloaded after a frustrating day or event. We have to. If we don't we'll explode.

But, that being said.....management, leaders as it were, have to be VERY discreet. And I'm discovering you can't even really trust those folks that call themselves your friend.

And you have to be cognisant of what your role is EVERYWHERE you go. Sound old fashioned? Unfair? It is....a little. But it's also decorum. The right way.

When you work for a major organization, public or private, people watch you. They listen to you. And if you take that position of leadership and don't believe that, well......you'll learn sooner rather than later.

For me? I'm probably a little paranoid about all that. I never go to the grocery store lookin' less then pulled together. No tshirts, the very basics of make-up, and I always strive to be pleasant. (Strive being the operative word here).

And when it comes to venting, well my friends outside of work get the brunt of that. And Cuz. Cuz hears everything.

Now, I'll admit, that's not how it's always been. In the beginning I did vent with my peers. But found out quickly that gets turned back on you muy rápidamente. So now I vent outside of the organization.

What happened with General McChrystal's staff is similar to that, and I love the way Pete lays it out. But I do have to raise my hand on one thing. They vented in front of a reporter. Ummmm, not to be disrespectful, but that's just a little, well, dumb.

That would be like me, sitting in my office with the door open (the office located next to my boss btw) and loudly going off. You know damned well it's gonna be heard.

And there will be consequences.

So I don't do that. I don't even vent on the phone inside. I walk out to the parking lot if I'm fixin' to explode. And you shouldn't be surprised to hear I've logged a lot of miles in that parking lot these past 18 months.

But let's boil it all down. I hate all this brouhaha that's gone on this past week. It's distracting when we have a very important mission going on. When lives are at stake. And because change is so stressful, so unsettling, it's the VERY last thing we need our military to be dealing with.

Leaders are leaders - on the job and off. Are we perfect? No...no we are not. But we do need to realize that and accept the fact that we are held to higher standards.

Now, if we could just get that President of ours to understand that - not to mention his wife - things might eventually calm down and we can deal with the things we need to deal with.
Posted by Tammi at 8:34 AM 7 comments:

This past week was really a nightmare. Really. It was.

As usual I can't go into details, but I will sum it up with one phrase. "Liars never prosper".

Oh, they can cause a huge mess, ruin a lot of lives, but they never prosper.

Anyway - one of my guys had gone on vacation and was back on Thursday. His destination? Orlando. To say I was jealous is putting it mildly.

We got a chance to chat about his family adventure and I'm happy to say he now has a bit of understanding on why I love that state so much. He didn't see what I consider the meat and potatoes of it all, never made it to the Gulf Coast, but even his kids saw how beautiful that state can be.

As we chatted and I answered some of his "why do they" questions, I really REALLY started to get homesick. That night was a night full of remembering.

And it was not just of Florida - it was of all things southern. See, living down there I spent a lot of time traveling the south. And, ohhhh I do love the south.

Sweet tea & cornbread. Hi Y'all, and smiles for strangers. I love the heat, and yes - even the humidity. It has it's pitfalls, I'm not that starstruck. But I'll tell you what - I'll take hurricanes over earthquakes any day.

Ahhh The South. I miss it more than I realized.

And this Sunday morning, here is one of my all time favorite songs. Southern Rock at it's best......it takes me back to college and cruisin'. And it carried me through to boating and beachin' a few years later.

Timeless. And never fails to make me tap my toes and smile.

Wow...it's been insane. And.....like I've always said - when things get tough, the tough cut their hair. 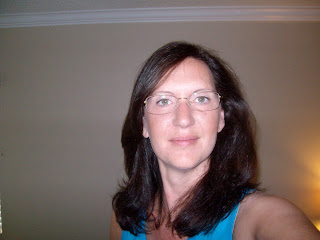 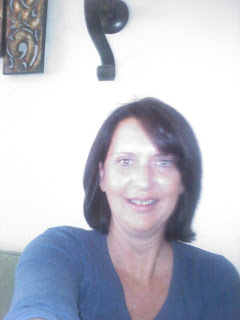 I sit here laughing, with my mind racing and my fingers hovering over the keys. Oh, I have so much to tell you. To talk about. Advice so you don't have to deal with some of the stuff I deal with daily.

And I've been sooooo missing my blog. I've actually craved the opportunity to write and share.

It's a side effect of the job.

Man, life was much easier when I was just a sales rep.

Anyway - I'm pretty sure I'll have some stories tonite and tomorrow. Stories I can share. I'm going out to a store and doing a demo today. Face to face interaction. It's packed full of blogging opportunities.

That should help a bit. But meanwhile, ohhhhhh I wish I could tell you whats going on. You just flat out wouldn't believe it.
Posted by Tammi at 6:15 AM 4 comments:

Mondays. They have not gotten any better over the past few months, let me tell you.

I actually hyperventilate most Sunday evenings. Around 7:00 my mind jumps to what I have to accomplish the next week. As it skims through each day it ends zeroing in on Monday.

That happens on a regular basis.

Reports to be run. Numbers to explain. Meetings to report in, interviews to conduct. Projects to coordinate, and people to motivate.

Some days it's just too much.

This morning is the result of one of those days. Couldn't sleep last night. Would wake myself up with mini anxiety attacks dreaming about what needs to be done.

Now, before you tell me about having a pad of paper by the bed, I've done that. Heck, I had a recorder I used to use. Worked great, because I didn't need to find my glasses. But that's not it....it's not that I'll forget to do something or that I had a breakthrough on an idea.

No, it's the sheer volume of stuff that needs to be accomplished.

I've tried having a class of wine or a drink to relax. Gotta tell you, unless I just drink myself to sleep, that's not helping either.

It's the nature of the beast. It comes from caring TOO much. I realize that. I need to step away a bit. Just a bit - a manager that doesn't care doesn't need to be a manager. At least that's my take on it.

So it's Monday morning. 6:30am. I'm still at home in my jammies, sipping on some excellent coffee and trying to prod myself into the shower. Simply put - I don't wanna go in. I just don't. Oh, I will. But I don't want to.

I think I need a vacation. There's a 3 day weekend coming up and I do believe I'm going to find some way to take ALL 3 days off. And by off, I mean OFF. No report running, no checking emails, no nothing. Hell, I may not even have any juice that day.

Because sometimes? Sometimes enough is enough.
Posted by Tammi at 6:12 AM 2 comments:

I love this country. I admire our Military - men, women and their families who freely give for our freedom.

And I get emotional about it. I am watching a rerun right now of Extreme Makeover that is centered around rebuilding a home for a soldier injured in Iraq. My eyes are watering constantly.

Just now I popped over to Mike the Marine's site and found a video that took me from watery eyes to down right bawling.

The Star Spangled banner will ALWAYS move me.

That won't change either.

Thanks for sharing Mike.
Posted by Tammi at 9:57 AM 3 comments:

As you may remember, I had actually paid someone to start the search for my birth mother.

It's now been a few months.

I gotta tell you, I'm starting to get worried that despite my caution in who I hired, I may have been taken. I haven't had so much as an email in over a month. Nothing. Nada.

This is one time that silence is not golden.

I am not happy. I'm going to try getting ahold of them again this week. I'll call and email and see what kind of response I get.

If I get nothing? Well, then I'll be posting all of the pertinent information just so YOU know who NOT to do business with.

When I was trying to get this place set up yesterday, the hardest part was coming up with a name.

I'm not a Road Warrior anymore, and Tammi's World was taken. I had several other ideas, but they were suited to my life NOW, and I wanted a name that could stick. Something that would stand up to more moves and changes.

No, there's nothing in the works, but come-on. It's MY life! We all know how that works.

Anyway - I had this GREAT idea....Tammi's Trials. PERFECT. Life is often a trial, and the secret to succeeding is how you handle them. I like to think I do alright.....when push comes to shove.

Until I actually read what I had typed and registered. Tammi's TRAIL?!?! WTF?!?!?!

It's my trail. The path I am on. Where it leads? Who knows. It's all just one big journey.

So that's the story of the new blog name.

I'm trying so hard to get my sidebar updated with my favorite places. But....I'm at work, and there's that whole "I should be working" thought. Plus, I'm lazy. I had everything bookmarked. So I'm having to hunt.

Not trying to be a comment whore, but if you don't see your name on the sidebar, PLEASE leave a comment so I can add you in.

It's looking more and more like I'll be treating myself to a new laptop for home for my birthday. Until then? I'll hit it when I can.

Wow. It seems that the theme of my life anymore is "Starting Over". Moving nonstop and after heaven only knows how many blogs, it seems I'm doin' it one more time.

My domain ran out and I didn't even realize it. So....bye bye Tammi's World. My bad. What I really hate is all that was lost. 6 years of my life recorded. Pictures that I have no way to recover.

So, putting all that behind me, I'll start over again. Can't promise excitement, but I can promise a glimpse inside. Inside my life, my mind and the trials of being a single woman, in a strange place, alone, taking on the most challenging job I've ever had.

My Favorite Places - still a work in process